»This is the first time MIPI has requested adoption of one of its specifications by another standards body,« said Joel Huloux, chair of the MIPI Alliance. »With the adoption of IEEE 2977, MIPI A-PHY will be accessible to a broader network of systems engineers beyond MIPI members. This promises to vastly expand the ecosystem of expertise around A-PHY, which will translate into greater interoperability, vendor choice, and economies of scale for the global automotive industry, as well as users of the specification from other application areas such as IoT and industrial.«

The standardization process was initiated in October 2020 with the signing of an agreement by both organizations (IEEE-MIPI Memorandum of Understanding) to facilitate the adoption of A-PHY within IEEE. The IEEE working group on this project was led by Rick Wietfeldt, Qualcomm, as chair, and Tzahi Madgar, Valens Semiconductor, as vice chair.To date, automotive designs have traditionally relied on SerDes »bridge« systems to connect devices and applications such as cameras, sensors, displays, and computer systems to proprietary PHYs for ADAS and AD applications. However, this has led to market fragmentation and thus limited economies of scale. 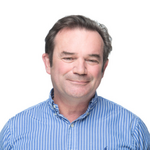 A-PHY v1.0, available to MIPI members in the fall of 2020, will enable automotive OEMs and suppliers to reduce the requirements for these bridges, simplify their designs, and reduce cost, complexity, weight, and power consumption. With a range of up to 15 m, MIPI A-PHY enables asymmetric data connectivity in point-to-point or daisy-chain topologies, with high-speed unidirectional data, embedded bidirectional control data, ultra-high noise immunity and optional single-cable power.

It also offers an exceptionally low packet error rate of 10-19 for the highest performance over the life of the vehicle, very high immunity to electromagnetic interference under demanding automotive conditions, and a data rate of up to 16 Gbps - with prospects for up to 48 Gbps and beyond. A-PHY also serves as the foundation of the MIPI Automotive SerDes Solutions (MASS) framework, which simplifies the integration of cameras, sensors and displays in a vehicle while providing functional safety.

IEEE's acquisition of A-PHY is the latest milestone in the close cooperation between the two organizations. MIPI has been a member of IEEE since its inception and has also been part of the Member Alliance program of IEEE's Industry Standards and Technology Organization (ISTO) since it was launched in 2003. The adoption of A-PHY marks the first time a specification from the IEEE ISTO program has become an IEEE standard.

Version 1.1 planned for this year

Further development of A-PHY will take place within the MIPI Alliance. A-PHY version 1.1, scheduled for release by the end of the year, will double the downlink data rate to 32 Gbps and also double the uplink data rate. It will also allow options for implementing A-PHY's lower-speed transmission speeds over lower-cost existing cables. The new version is also expected to be proposed for adoption as an IEEE standard.

Eberspächer positions itself in the fuel cell…

Car love is through the nose

New features for microcontrollers from ST

reFuels are suitable for broad use