Dawning of the Post-Lithium Age

Up until now, lithium-ion batteries have been inextricably linked to electromobility. This could now change, as CATL has unveiled a marketable sodium-ion battery. Markt&Technik asked experts from science and industry for their assessment.

Post-lithium batteries, which are an alternative to lithium-ion systems, have so far only been a promise from the research labs. A few weeks ago things changed. Dr. Robin Zeng, Chairman of China’s largest battery producer, Contemporary Amperex Technology (CATL), unveiled the first generation of marketable sodium-ion batteries at a technology conference hosted by his company. They offer an energy density of 160 Wh/kg; they have already started to be rolled out to industry.

Sodium-ion batteries operate on a similar principle to lithium-ion batteries. In the rocking chair principle, sodium ions move back and forth between the anode and cathode of the cell. Since sodium ions are larger than lithium ions, the requirements placed on the structural stability and kinetic properties of the materials are higher. This previously hindered the industrialisation of sodium-ion batteries. CATL now uses Prussian white with a high specific capacity as cathodes and has additionally reshaped the structure of the material by rearranging the electrons. In this way, the rapid capacity fade during cyclic charging and discharging can be overcome.

For the anode, the company has developed a hard carbon material that is characterised by a special porous structure. This allows sodium ions to be stored on a large scale and transported quickly; cycle stability is also improved in this way. Currently, the energy density of the cells is 160 Wh/kg. At room temperature, the cells can be charged to 80 per cent in 15 minutes. In addition, the cells can retain more than 90 per cent of their capacity at an ambient temperature of -20 °C. Dr Zeng announced that CATL’s next step would be to increase the energy density of the cells to 200 Wh/kg. This would then correspond to the current energy density of lithium-ion cells. 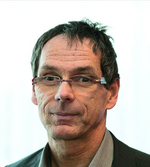 Prof. Dr.-Ing. Andreas Jossen, TU Munich: "Unfortunately, sodium-ion battery technology has been been neglected somewhat, so there is not so much research activity on it."

"CATL’s advance could be the breakthrough for sodium-ion battery technology," assesses Professor Andreas Jossen, holder of the Chair of Electrical Energy Storage Technology at the Technical University of Munich. "In the past, however, only energy densities of around 100 Wh/kg were achieved, so the technology was not considered for electric vehicles." In addition to the fact that existing production lines for lithium-ion cells can be converted to sodium-ion cells, as CATL indicates, Professor Jossen believes that the main arguments in favour of sodium-ion technology as a cheaper alternative to lithium-ion systems are the use of inexpensive materials – copper, cobalt, nickel and lithium can be dispensed with – and less energy-intensive manufacturing processes (graphite). The only drawback so far: about 30 per cent more installation space would be required for the battery.

In Germany and Europe, however, says Professor Jossen, "sodium-ion technology has to date been neglected somewhat, so there is not so much research activity on it." An assessment shared by Dr. Ulrike Wunderwald, head of the battery materials working group at Fraunhofer IISB in Freiberg: ‘We have not yet examined sodium-ion technology in detail.’ Freiberg is currently working on aluminium-ion batteries as a potential successor to lithium technology. In laboratory systems, an energy density of 135 Wh/kg in relation to the active mass has already been achieved with graphite powder as the cathode. In her view, the following applies to both sodium and aluminium systems: ‘Due to the predicted enormous demand for electrical storage, alternative battery technologies based on readily available and low-cost materials will be in demand.’ She is also convinced ‘that a lower-cost technology with the same or only slightly smaller performance always has the chance to capture market share from other technologies.’